When development is a gamble, who could have to pay? 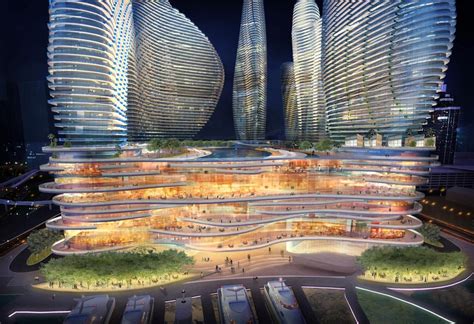 The novel ‘Presumed Dead’ is a crime fiction thriller about what could go wrong when a fictional City’s government considers development of a mega casino.

Is the party game over?

Buy the book from Amazon or Zeus Publications at the bookstore:

See a Youtube video book trailer at this link:

Could this book change how you vote for political parties?

Comments Off on When development is a gamble, who could have to pay?

The eagerly anticipated launch of Martin Knox latest book Short of Love has been announced.

Posted in Short of Love

Comments Off on Short of Love – Book Launch

Short of Love soon to be released

Martin Knox has revisited his novel Love Straddle. This abridged version Short of Love is satirical fiction at its best.

About Short of Love

A self-centred man’s love relationship goes out of control due to a satirical misconception.

Tom Archer falls for university student Vicki Hillstone, who tricks him to take a lie detector test and finds out he is bedding town girl Barbara. Vicki is distracting Tom from his studies so he reduces his overall vulnerability to love. He ‘shorts’ Vicki for later but he is devastated when she appears to make out with his best friend Richard.

The women counteract Tom’s love commodity investment with tragic consequences. He follows a glittering career in the petroleum industry while trying to take up with Vicki. After the deception of their beginning, can he and Vicki ever become a couple?

‘In ‘Short of Love’, Knox has taken the picaresque genre by the cerebrum, presenting a narrative alternately amusing, shocking, and deeply familiar by turns. The unrelenting pace and clean style combine within a paradoxical whole, both epic and microscopic simultaneously. Add to that an author/reader relationship that defies convention, and you have this curious and memorable work, which will present an entertaining challenge to the end.’

‘I’ve read all Martin Knox novels, and Presumed Dead is a standout. Though I’m not a political person, I felt what it was like to be amid councillors, throwing words in heated discussions on public concerns, bouncing them across the floor like ping pong balls.

‘I applauded Jane’s efforts to overcome the casino and put forward the more politically correct, multicultural centre, with zest. In the author’s words: ‘Jane’s ego sometimes verged on hubris. She could be over-zealous, over-confident, ego-centric and even self-aggrandising. Stopping short of recklessness, her brinkmanship was full on. I found this trait absolutely endearing. I would always be on her side, despite her crazy behaviour, unconditionally. I hoped I would be able to protect her from adverse consequences.’

‘Another particular favourite: ‘…thrived on confrontation and danced along the very edge of the stage, where she was in danger of falling off into the orchestra pit…There was nothing I could do but watch her, as like a matador she flicked the cape of procedural rules and enraged the wounded government bull to make a fatal error.’

‘When the influential councillor, Jane goes missing you’ve got to feel for Phillip who is infatuated and in love with her. At least he comes into his own as he tries to unravel what happened by using his pre-existing forensics skills. Phillip, being the first person viewpoint gives a unique insight into how this very real character ticks, angst and all. Where Jane is gregarious, he is a quiet, deep thinker.

‘It’s impossible to tell which politicians are lying and who abducted Jane. The story twists and turns, particularly after part 4. The reader will be right alongside Phillip as he tries to solve the crimes and his faithful bunch of friends, give us some hope that honourable, devoted politicians actually care about their community and the greater good. Anyone who has an interest in politics will love this masterful story.”

Review by: Phil Heywood, former Associate Professor and Head of Urban and Regional Planning in the Queensland University of Technology and President of the Queensland Division of the Planning Institute of Australia.

‘. . . a great command of narrative dialogue, just enough occasional poetic word use to keep the reader alert and a convincing grasp of the way that individual and social events are tied up to produce a convincing and interesting story line on topics of currently seething public interest, including over-development of coastlines, political corruption and the roles of individuals and the media within contemporary society’ .

SHORT OF LOVE is an abridgement of LOVE STRADDLE (2014)

‘When Selwyn meets the beautiful and intelligent Vicki he instantly falls for her but is stung by her apparent rejection. Focused on his obsession with closing the deal he begins a stock market-inspired love straddle with Vicki as his short option and unsuspecting townie Barbara as the long. Will he ever be able to “close the short” on Vicki, or are they destined to be apart?

‘The premise of M.P. Knox’s Love Straddle is an intriguing one, and at its core the story is relatable. Love affairs disrupted by circumstance and cross purposes are a central and oft drawn-out element in many people’s lives. While some are fortunate to consummate the relationship, or at least resolve their feelings toward its failure, others are doomed to forever skirt the edges of a deeper connection.

‘Readers who are interested in reading a more calculated approach to a love story may enjoy Love Straddle, as may those who enjoy an antihero who doesn’t always win.’

‘University life in the 60s is a lot about free love, but with Selwyn being an Engineering major, his reasoning turns to facts and figures. Even in love Selwyn doesn’t think like most blokes.

‘He has Barbara who seems to care about him and then there’s Vicki. Seemingly Vicki is his true love but he always seems to be chasing that dream but never getting there. So, to save himself from heartache he uses his intellect instead of his emotions. He thinks about graphs and strategies and comes to the conclusion that he will think of each young lady as a commodity, much like putting a straddle on a share. So comes the innocuous title ‘Love $traddle’, note the dollar sign.

‘(Selwyn) is a character that is highly intelligent, at the pinnacle of his profession and still bumbles along with his emotional life. It doesn’t help that he over-compensates by indulging in too much sex, food, work and alcohol during different stages of his life, or that he can’t quiet articulate his feelings properly.

‘Author Martin Knox has captured this era and developed characters with believable angst in a real world – that is not just black and white. This is an intelligent novel that makes you think long after you read the last page.’

‘This novel by Martin P. Knox is vast in scope, scintillating in the brilliance of its conception and staggering in the creation of its hero. His writing is tough and unrelenting and a real pleasure to read.

‘The writer explains that what is looming is a time ‘in which love becomes a commodity, relationships are investments, and I adopt the portfolio strategy of a (straddle) between two relationships.’

‘Selwyn then applies such a concept to women and their affections to comical effect. It is in the teasing out of this idea into human behaviours that the originality of Knox’s writing appears.

“What a hoot! This book is recommended very highly. You’ll enjoy it as much as I did.”

“Martin Knox is the type of writer who knows how to tell a wonderful story and pose thought-provoking questions about life and the future. In his book The Grass Is Always Browner, Knox has managed to craft a political thriller, a romance and an allegorical tale of one man’s prophetic journey towards enlightenment, all within the umbrella of a deeply satisfying work of speculative fiction. This is a novel to savour and Martin Knox is a writer to watch.”

PREVIOUS PUBLICATIONS BY THIS AUTHOR

Posted in Short of Love

Comments Off on Short of Love soon to be released